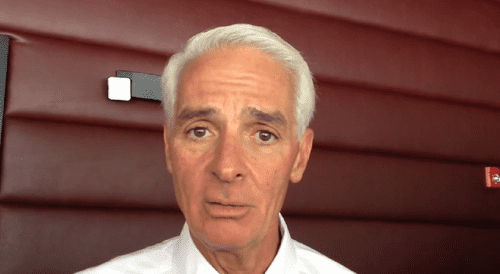 In an interview with the Miami Herald, Charlie Crist says Republican Governor Rick Scott and Attorney General Pam Bondi do not have to defend the state's ban on same-sex marriage in court and can make the choice to "make sure new and better things happen in Florida."

Crist, who as Republican governor supported the ban when it was passed by Florida voters back in 2008, is now running as a pro-equality Democrat in this year's gubernatorial race.