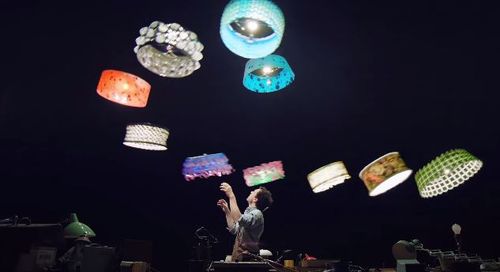 Lots of drone-related news this week, as Facebook revealed further plans for the creation of thousands of jumbo jet-sized, internet-connected drones come 2015. "The team is focused on developing countries, prioritizing the number of people who are not connected. Maguire cited India as an example, where more than 15% of people don't have any connectivity whatsoever. They've identified a set of about 21 countries in Latin America, Africa and Asia, which actually affect how the planes are designed — that is, how the sun hits the solar panels."

Similarly, Cirque du Soleil is also branching out into the world of drones with 'Sparked' – a new flying dance performance featuring quadcopters. Check out the mesmerizing video below: 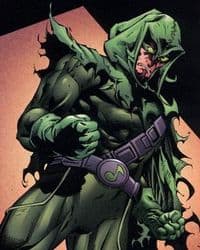 Openly gay supervillain/superhero Pied Piper has been confirmed for a "midseason" appearance in the upcoming The Flash television series starring Grant Gustin as the titular speedster.

The fan-favorite Pixar Theory – the theory that all Pixar films are connected and occur in the same universe – now has a video explanation.

Apple CEO Tim Cook says tackling global warming is a "core value" of the company - “The long-term consequences of not addressing climate are huge, I don’t think anyone can overstate that.”

In other Apple news: you've likely heard about Bendgate - the "controversy" over the malleability of the newly released iPhone 6 Plus. YouTube user Lewis Hilsenteger has already demonstrated how relatively easy it is to bend the deluxe sized smartphone, but he's back now with a new video to show how the competition holds up under the pressure (including the regular iPhone 6). Check out his video below:

How to tell if that letter you received in the mail was written by a robot or human.

Are Earthships – sustainable solar homes made from old junk – the future of green living?

Ridley Scott says Prometheus 2 will be completely devoid of Aliens.

Scientists have discovered water vapor on a Neptune-sized planet 124 light years away from Earth, the first time an exoplanet smaller than Jupiter has been found with H20.

Solar power, vehicle automation, and 8 other technologies that will revolutionize car manufacturing. 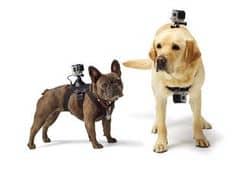 Find out what the world looks like from your dog's perspective with Fetch – a GoPro harness that enables your pet to become a little Steven Spielberg of his or her own.

South Africa will soon be able to "Share Happiness" over the internet, as Coca-Cola has started sticking wi-fi hotspots inside the country's vending machines.