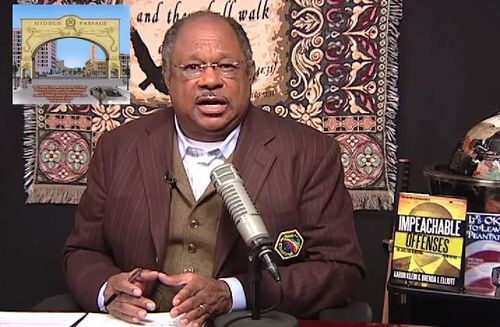 James David Manning, the "Jesus Would Stone Homos" Harlem pastor who previously warned gay marriage would lead to Michael Sam marrrying a nine-year-old boy, is now sharing with the world his crackpot views on ebola and Starbucks.

Starbucks coffee stores are in fact ground zero for spreading ebola and other diseases because of the clientele of Starbucks –  generally upscale sodomites who frequent Starbucks who sit there with their computers. Its a meeting place, they exchange a lot of body fluids. Hands shaken, a lot of contact.

Manning went on to make the incredulous claim that Dr. Craig Spencer, NYC's first ebola patient, went to a Harlem bowling ally the night before he was rushed to the hospital because the it was "a meeting place for sodomites"

If you care to listen to the ramblings, you can do so AFTER THE JUMP…

And if you missed our post earlier today about Starbucks' new ad featuring Drag Race stars Adore Delano and Bianca del Rio, check that out HERE.