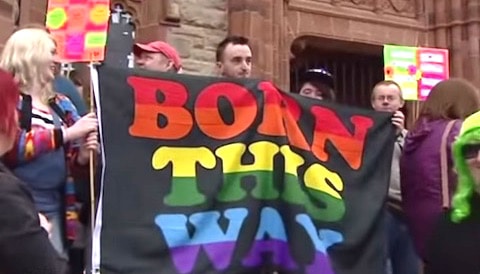 Gay rights campaigners in Northern Ireland are preparing a challenge to the legitimacy of the province’s ban on same-sex marriage, reports Buzzfeed.

Northern Ireland is the only part of the UK where gay marriage remains illegal. Politicians at the Northern Irish Assembly have rejected motions calling for same-sex marriage on three occasions, most recently in April. This has been due in part to the Democratic Unionist Party (DUP) invoking a “petition of concern” to effectively veto any vote on the issue. Petitions of concern were designed to ensure no laws were passed exclusively by politicians representing either the nationalist or unionist communities.

According to Gavin Boyd of activist group the Rainbow Project, preparations are underway for a test case challenging the status of same-sex couples who marry elsewhere in the UK but are not considered to be married when they travel to Northern Ireland.

“The legal challenge as it is planned involves two people who were lawfully married in England returning home to Northern Ireland, where they are no longer considered to be married. We consider that to be unlawful, unjust, and unjustifiable.”

Watch a report on last April's vote, AFTER THE JUMP…

The Republic of Ireland, meanwhile, is due to hold a referendum on same-sex marriage early next year.