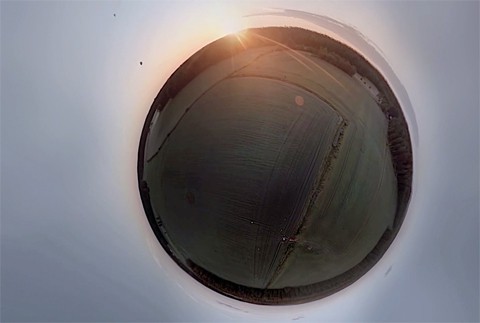 Most people are familiar with José González because of the famous 2005 SONY Bravia commercial shot in San Francisco with thousands of bouncing balls.

González has a new album forthcoming in February and the first track from it has hit the web along with a video produced by global collective Eyes in Space.

Seven billion people on Planet Earth, of which only 536 are lucky enough to have seen Space. Eyes In Space aspire to change this, taking every one on a personal journey to roam the cosmos. The collective’s maiden voyage allows everyone to wander space freely using immersive 360-film to create an endless, all-sensory experience. The galactic journey is accompanied by José González’ newest release. Eyes In Space is a global collective established to mesh artistic experiment with scientific innovation to open new worlds. Space is the collective’s first destination.

Check out the video and the gorgeous track, AFTER THE JUMP…