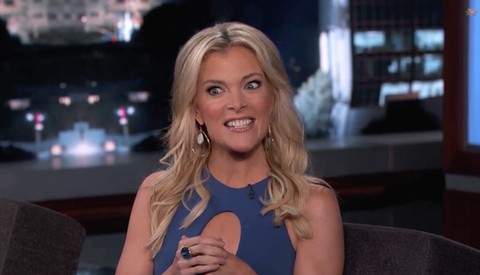 FOX News Anchor Megyn Kelly attended her first White House holiday reception this week at which she had a meet-and-greet with President Obama and the First Lady, she told Jimmy Kimmel last night.

Upon reaching the front of the receiving line, Obama said to her, “The White House is a pretty fun place, isn’t it?”

To which she replied, "It is. Maybe we'll be here in two years."

Kelly claims she was making a joke about her and her husband Doug running for President or something and says it was absolutely, positively not "a shot" at Obama about Republicans and FOX News taking back the White House.

Says Kelly: "President Obama, I apologize. I didn't mean it that way."