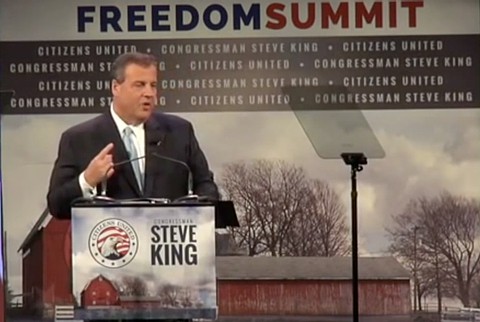 New Jersey Governor Chris Christie has launched a Political Action Committee, an expected move as he prepares the way for a 2016 presidential campaign.

Christie, who has been pitching himself to donors as a candidate who can expand the Republican Party's tent by appealing to minority, women and independent voters, also appears to be forging a populist message, adding that, "We must support candidates who share our vision, people who know that only through strong, bold leadership will we be able to take on these challenges and act on the promise of a better tomorrow for working and middle-class Americans."

Upon introducing Christie, King trumpeted him as "pro-life" and praised him for vetoing the gay marriage bill in New Jersey. Christie was heckled at the beginning of his speech on immigration by Cesar Vargas of the DREAM coalition.

Watch the heckling and the speech, AFTER THE JUMP… 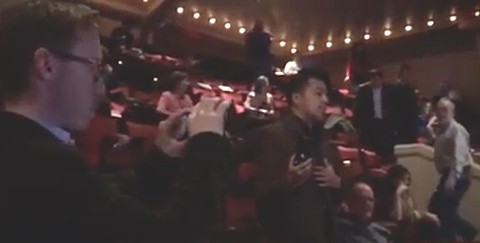