To mark the 70th anniversary of the Auschwitz liberation, Hebro Travel, a new Israeli tour company serving “gay Jews and those who love us,” is to offer the first ever gay tour of Auschwitz 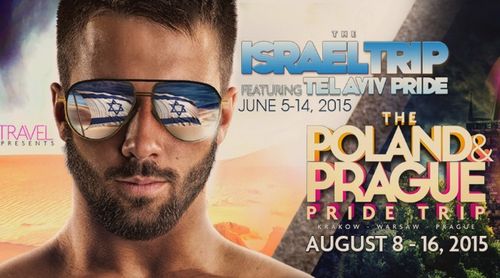 To mark the 70th anniversary of the Auschwitz liberation, Hebro Travel, a new Israeli tour company serving “gay Jews and those who love us,” is to offer the first ever gay tour of Auschwitz, reports The Jewish Daily Forward. 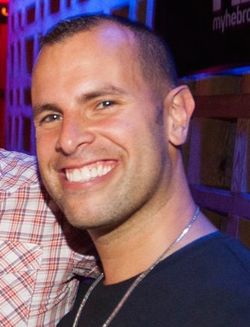 The August Poland & Prague Pride Trip – which includes a Jewish heritage tour of the Schindler’s List route, visits to historic synagogues and stops at Auschwitz and Theresienstadt – will end with Prague’s Gay Pride festival.

Jayson Littman (right), the founder of Hebro Travel, says he has been asked “how can you go from touring concentration camps to celebrating Pride?”

The grandchild of Hungarian survivors of Auschwitz, Littman explains:

“I look at it the same way as Jewish trips that go from the camps to Israel to celebrate continuity.

“I knew I was touching on uncharted territory. I kept hearing, ‘Who wants to go on a trip like that?’ But many more people said it’s a wonderful idea. And surprisingly few people realize how many gay people were murdered in the Holocaust.”

With the trip still at the planning stage, he added:

“We’re working out details on the actual visits to the camps. It’ll probably involve laying a wreath, having a rabbi there from the local community, and inviting someone from the local LGBT population to speak as well.

“What’s been interesting is that every tour operator, Jewish or not, knows the Jewish stuff in these destinations. We’re having to fill in the blanks ourselves on some of the gay stuff.

“We’re showcasing how, after 70 years, Jewish life has blossomed, and gay life has gone through so many changes. An important part of this tour is appreciating the evolution of both communities, their contributions to society, and how governments around the world now welcome both minorities. Going to those places helps make that happen.”