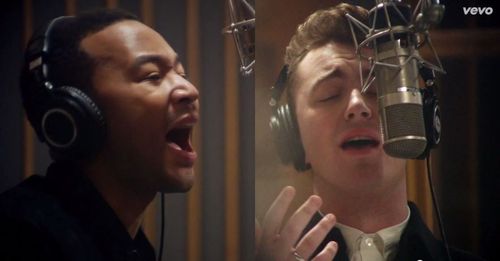 To mark the upcoming Red Nose Day, a British charity event taking place this Friday where residents wear clown noses to help raise awareness and money for charity, Sam Smith and John Legend have teamed up to record a duet cover of the British crooner's hit song "Lay Me Down." 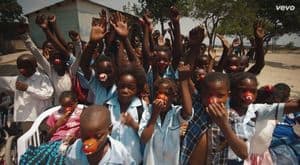 "'Lay Me Down' holds a very special place in my heart. Not only did I perform it at the Brits, I'm now going to perform it live on the Red Nose Day show with the extremely talented John Legend, which is so exciting," Smith said in a statement. "I recently visited a Comic Relief funded project in my hometown, which supports the young LGBT community in London. I'm extremely proud that my single will help raise money for projects like this and many others in the U.K. and across Africa."

Watch the music video AFTER THE JUMP…and to find out how you can donate to the cause visit www.comicrelief.com/rednoseday