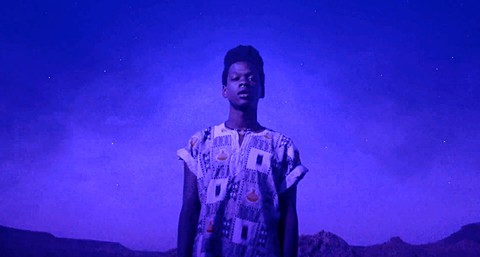 Shamir, the golden-voiced, Vegas-born 20-year-old soul pop singer whose debut LP Ratchet (out May 19) is one of the most anticipated of the season, just released a stunning new track and video called "Darker" which showcases the power of his instrument beautifully.

Also to those who keep asking, I have no gender, no sexuality, and no f–ks to give 🙌😘✌