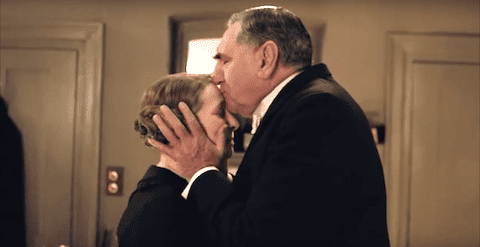 The aristocratic Crawley family and their loyal servants are closing the manor doors for the last time on Downton Abbey as the series airs its final-sixth season of the critically acclaimed series on Sept. 20 on ITV.

The series introduced us to a diminishing aristocratic society in the early 20th Century, snagging viewers with glitz, glamour, set pieces, gay storylines and some epic early 20th Century burns on the behalf of the lovely Maggie Smith character Violet Crawley.

Grab your tissues and reminisce your favorite moments with Violet, Mr. Carson, Mary, Thomas, Branson, Anna, Edith and so many of the other memorable characters we’ve come to love over the years in this tears inducing final trailer of the series’ last season, below:

Previous Post: « Iconic Young Face Of Hurricane Katrina Destruction Comes Out as Transgender: VIDEO
Next Post: The Moment at the VMAs When Kanye West Announced He’s Running For President in 2020: WATCH »