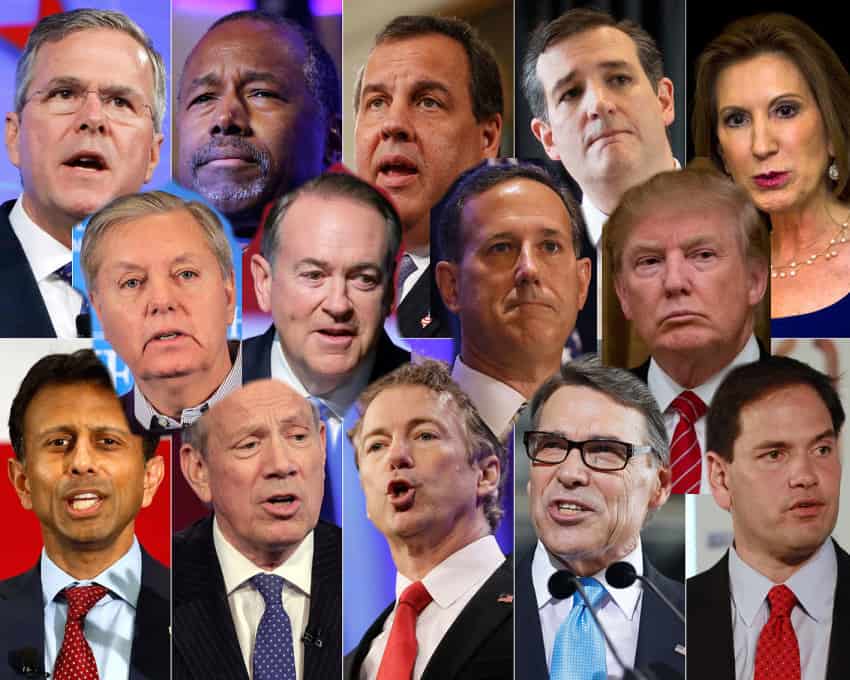 Despite the Supreme Court ruling legalizing same-sex marriage nationwide, the National Organization for Marriage has not given up hope that they can push things back in their hateful direction, and this election season they’re again asking Republican presidential candidates to sign a NOM Marriage Pledge.

The pledge contains several elements. Among them:

So which candidates are NOM’s hateful ‘marriage champions?’

How close were you?

Could have been almost any of them. Two holdouts seem to be giving NOM President Brian Brown the most pain, however.

Mike Huckabee and Scott Walker, despite their fierce opposition to and frequent rhetoric against same-sex marriage, have not signed the pledge, and Brown is stomping mad that they in particular haven’t given legitimacy to his sad, pathetic cause.

Said Brown: “It’s unfortunate that some candidates have adopted a blanket position against signing pledges because it puts them at a tremendous disadvantage in seeking our support when there are strong candidates who have pledged to us and our supporters to take very specific and important actions as president. We are far past the point where we will simply rely on generalities and broad statements from a candidate; we need to know with specificity what actions they will take as president. As President Reagan once said, we must ‘trust, but verify.’ Accordingly, we urge these candidates to reassess their stance and sign NOM’s pledge.”