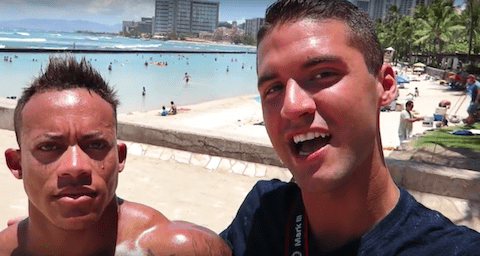 YouTuber Raymond Braun interviewed Sergeant Shane Ortega the first openly trans man in the U.S. Military on his life, trans rights and his time in the military on a Hawaiian beach.

Sgt. Ortega served three combat tours, two in Iraq and one in Afghanistan, and engaged in 400 combat operations. He’s also “pumped” about the Department of Defense’s plan to lift the ban on transgender military members (scheduled to end May 2016)

Watch Ortega explain his story and what being trans is like in the U.S. military, below: