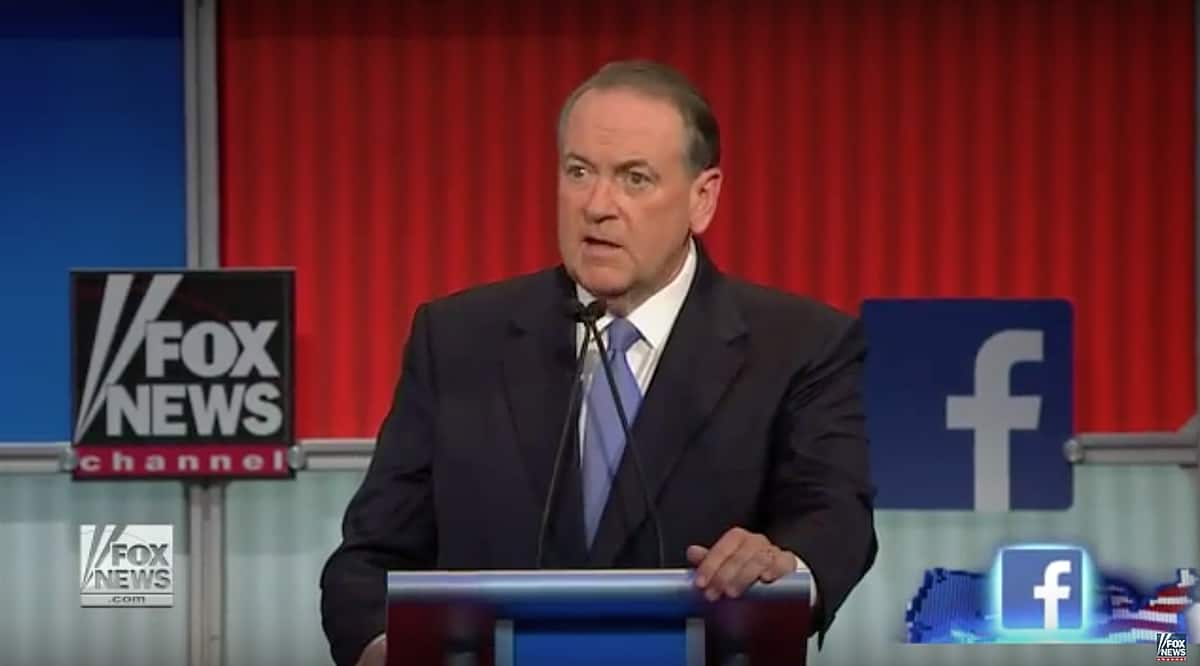 Surprising no one, former Arkansas Governor Mike Huckabee responded to a question at last night’s GOP debate from FOX News anchor Bret Baier on transgender military service by echoing arguments that were made by Republicans years ago during the debate over whether to allow gay people to serve openly.

“The military is not a social experiment. The purpose of the military is to kill people and break things. It’s not to transform the culture by trying out some ideas that some people think would make us a different country and more diverse. The purpose is to protect America. I’m not sure how paying for transgender surgery for soldiers, sailors, airmen, marines makes our country safer.”

RELATED: Kasich Applauded for GOP Debate Gay Marriage Response: ‘Give Everybody a Chance’

He then moved to blasting Obama’s military policies, citing Benghazi and military equipment that he described as “older than me.”

“The disaster is that we’ve forgotten why we have a military.”

Previous Post: « Rand Paul at GOP Debate: Christians Should Be Allowed to Discriminate Against Gay People
Next Post: Jon Stewart Chokes Up as Stephen Colbert Goes Off-Script Thanking Him for The Daily Show Hire: WATCH »