Christopher Ciccone, the openly gay brother of Madonna, has spoken out in support of jailed Kentucky clerk Kim Davis, writing on Facebook that “once again, the gay community feels the need to be sore winners.” 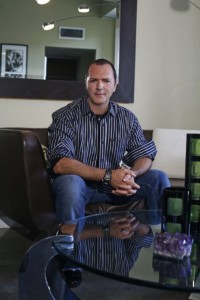 The county clerk in Kentucy deserves about as much support as you would give her if she were a muslim women who insisted on covering her face and refused not only gay marriages licenses, but divorce, accusations of rape and driving a car without ur mans approval…..perspective is everything…..this woman is a civil servant, she is required to follow federal law…..but why should she….when DOJ and other civil authories don’t follow federal law when they choose not to…..i.e. Washington State and Colorado (POT) come to mind…or the abstract notion of “sanctuary cities”…..i always thought that sanctuary was the province of churches…….these things aside….this is why we have elections…..if the folks of this county in Kentucy don’t want her as the county clerk….then don’t have to vote for her…..that is how a democracy works….not to mention the courts….in the mean time…..since when are we the arbiter of other peoples faith?…….can you honestly say that you know how much a person is allowed to have??..if i’m not mistaken, it’s in the constitution…..something about religious freedom or something……selective shaming and bullying corrupts a democracy….freedom of press, speech and religion give it strength. Not to mention reason and the god given compassion we as humans have a right and responsibility to practice. Once again, the gay community feels the need to be sore winners. Is it so difficult to allow this women her religion?…or must we destroy her in order for here to betray her faith. No matter how we judge its truth. The rights we have all fought for, mean nothing, if we deny her hers.

Ciccone began his career working as his sister’s backup dancer before having a falling out with the pop star. In 2008, he wrote a tell-all book about his estranged relationship with his sister: Life with My Sister Madonna.