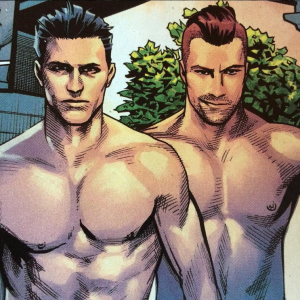 DC Entertainment is serving up some superhero-sized man candy in the latest issue of Midnighter, which centers around the openly gay comic book character of the same name.

Hitflix reports that Midnighter #4 features Midnighter and former Robin/current Nightwing Dick Grayson facing off against vampires in Russia. While in Moscow, the two end up in a steam room and well…we aren’t complaining about the visuals. 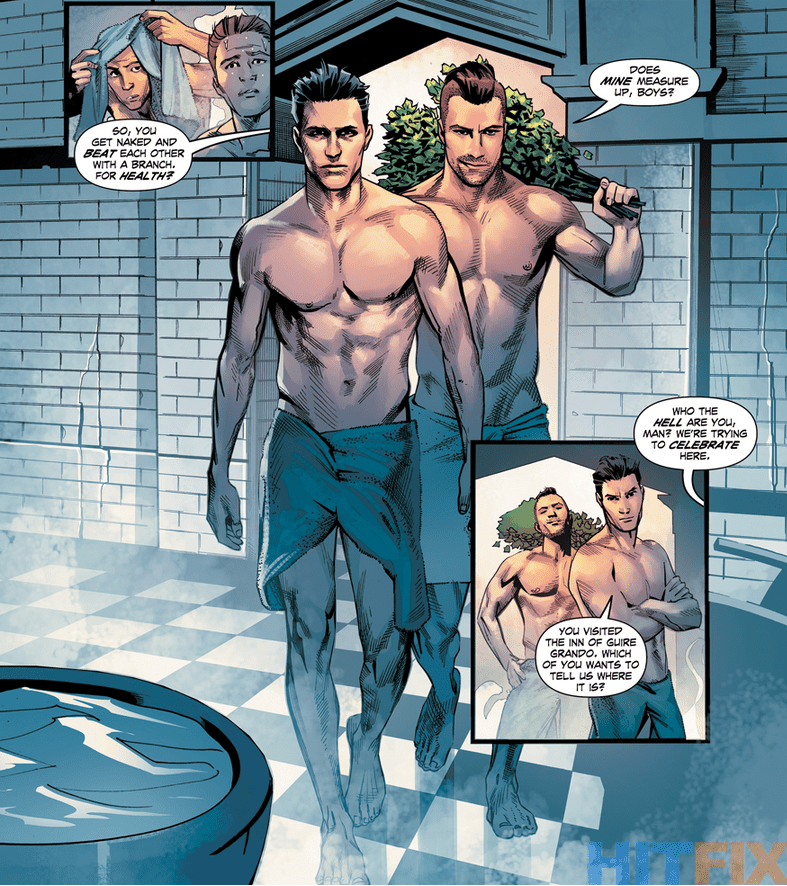 Writer Steve Orlando also spoke out about the beefcake in the issue and why it fits in with Midnighter’s personality:

There are plenty of books that have a certain type of male gaze and it’s exciting to update that. Tim Seeley and Tom King started it in Grayson and it’s something I think is great. It’s bold and unapologetic but it’s fun. And it’s an exciting friendly competition as Tim, Tom, and I try to outdo each other with flirtation and innuendo between Midnighter and Grayson!

Related, Gay Superhero ‘The Midnighter’ to Get His Own Book