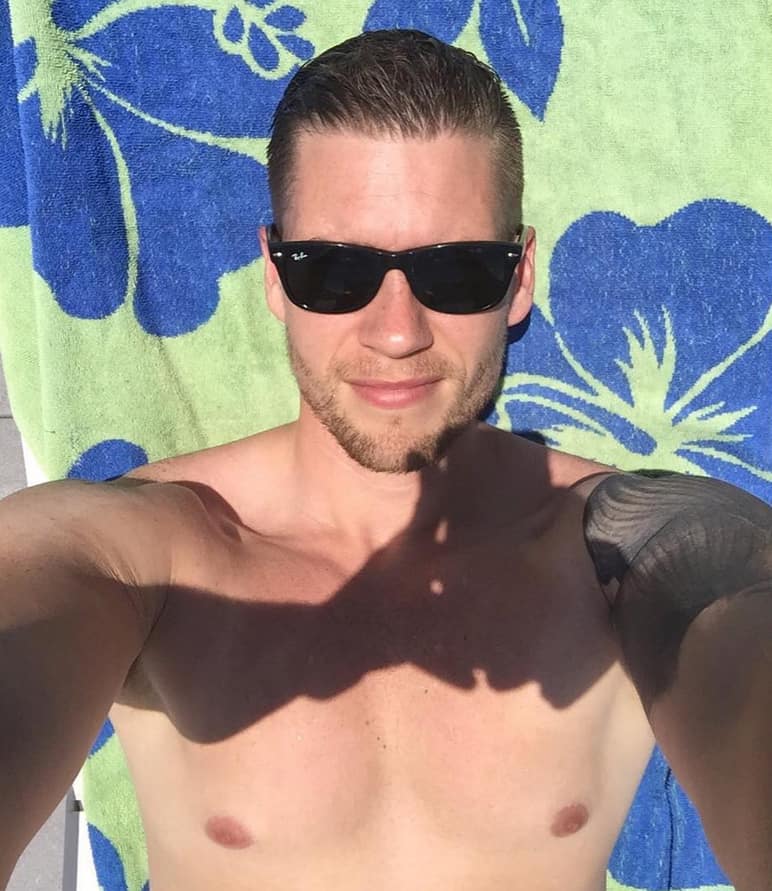 Said Sanders of Davis’ refusal to comply with the Supreme Court’s ruling on gay marriage,

“The reality is this is discrimination. This is Kim discriminating against people like me because she doesn’t believe in my freedom to marry the man that I love.”

Sanders also tackled head on the question of so-called ‘religious liberty’ which has already been earmarked as the next major civil rights battle for the LGBT community. Though Sanders believes that religious liberties and religious freedom are important, he says, “Religious freedom should never be used as a license to discriminate.” So what exactly is religious freedom? In Sanders’ view, “religious freedom is the freedom to believe what I believe, to have a moral code, to believe in a higher power, and to be able to guide my life that way if it doesn’t discriminate against another person’s experience.” The key being that it cannot “devalue someone else” or “take away the rights of another person”, which Sanders says, is exactly “what Kim is doing in Kentucky right now.”

Kim Davis needs to be immediately removed from her position as a public official. "Religious freedom" isn't an excuse to discriminate.

Sanders has become known for speaking out on LGBT issues ever since he came out back in 2013. Earlier this year, he started a change.org petition calling on TLC to cancel its Mormon reality series My Husband’s Not Gay that Sanders described as “presenting victims’ lives as entertainment, while sending the message that being gay is something that can and ought to be changed.” Sanders knows something about the danger of thinking that someone’s sexuality, as he put it, can or ought to be changed. Sanders went through conversion therapy for six month and ever since coming out has become a passionate advocate for ending the harmful practice.

Watch Sanders prove that being a person of faith and being a bigot aren’t mutually exclusive, below: