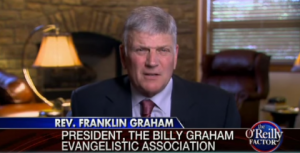 Earlier this week, we told you how the Vatican was reportedly troubled by Obama extending the invitation to openly gay Episcopal Bishop Gene Robinson, Mateo Williamson, is a former co-leader of Dignity USA Transgender Caucus, and Sister Simone Campbell, the pro-choice nun who is executive director of NETWORK, a 44-year-old national social justice lobbying group.

It’s wise of the Vatican to question President Obama’s guest list for the Pope’s visit next week—that list should raise a lot of eyebrows! The Wall Street Journal says those invited to the Pope’s welcome celebration include transgender activists, the first openly gay U.S. Episcopal bishop, and an activist nun whose organization supports abortion. This is disgraceful and obviously inappropriate. Is there no end to the lengths the president will go to in order to push his sinful agenda?