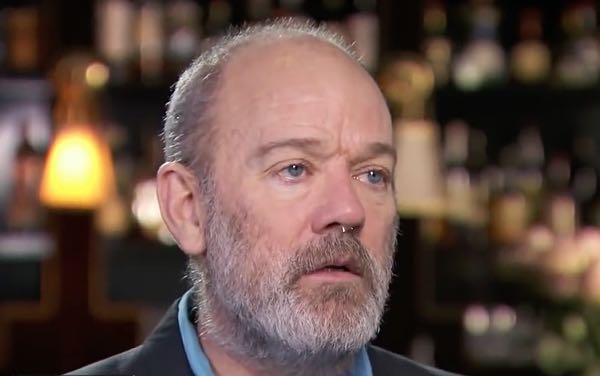 R.E.M. and its lead singer Michael Stipe are super-pissed that Donald Trump used their song “It’s the End of the World As We Know It” at the Stop the Iran Deal rally in Washington, D.C. yesterday.

“While we do not authorize or condone the use of our music at this political event, and do ask that these candidates cease and desist from doing so, let us remember that there are things of greater importance at stake here. The media and the American voter should focus on the bigger picture, and not allow grandstanding politicians to distract us from the pressing issues of the day and of the current Presidential campaign.”

RELATED: The 2016 Candidates and the ‘Mad As Hell’ Americans

“Go f–k yourselves, the lot of you–you sad, attention grabbing, power-hungry little men. Do not use our music or my voice for your… moronic charade of a campaign.”–Michael Stipe

Personally, I think the Orange Clown will do anything for attention. I hate giving it to him.

Stipe’s outrage is the second time this week that a band’s lead singer has objected to the unauthorized use of its music at a right-wing political event.

Survivor frontman Frankie Sullivan ripped Kim Davis and Mike Huckabee for using “Eye of the Tiger” to welcome freed criminal Davis to the stage at a rally supporting her earlier this week.

Previous Post: « Mike Huckabee on Getting to Kim Davis Before Ted Cruz: He Can’t ‘Invite Himself’ to My Rally – VIDEO
Next Post: 5 Things Not To Miss In Chicago »