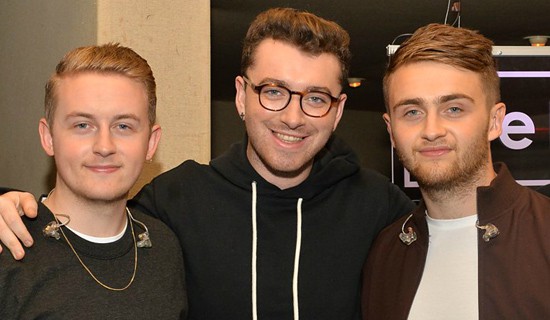 Sam Smith and electronic brother duo Disclosure (Howard and Guy Lawrence)  appeared together yesterday in BBC Radio 1’s Live Lounge and performed their hit single “Omen” from their upcoming album Caracal as well as a cover of Drake’s “Hotline Bling”.

Said Lawrence of the track: “Drake and Kendrick [Lamar] are just absolutely killing it at the moment. They’re like mine and Howard’s faves at the moment in that world, and it made sense to choose this song.”

Smith recently announced he’ll be singing “Writing’s On The Wall”, the next James Bond theme song from the upcoming film Spectre.

Listen to the whole session below: