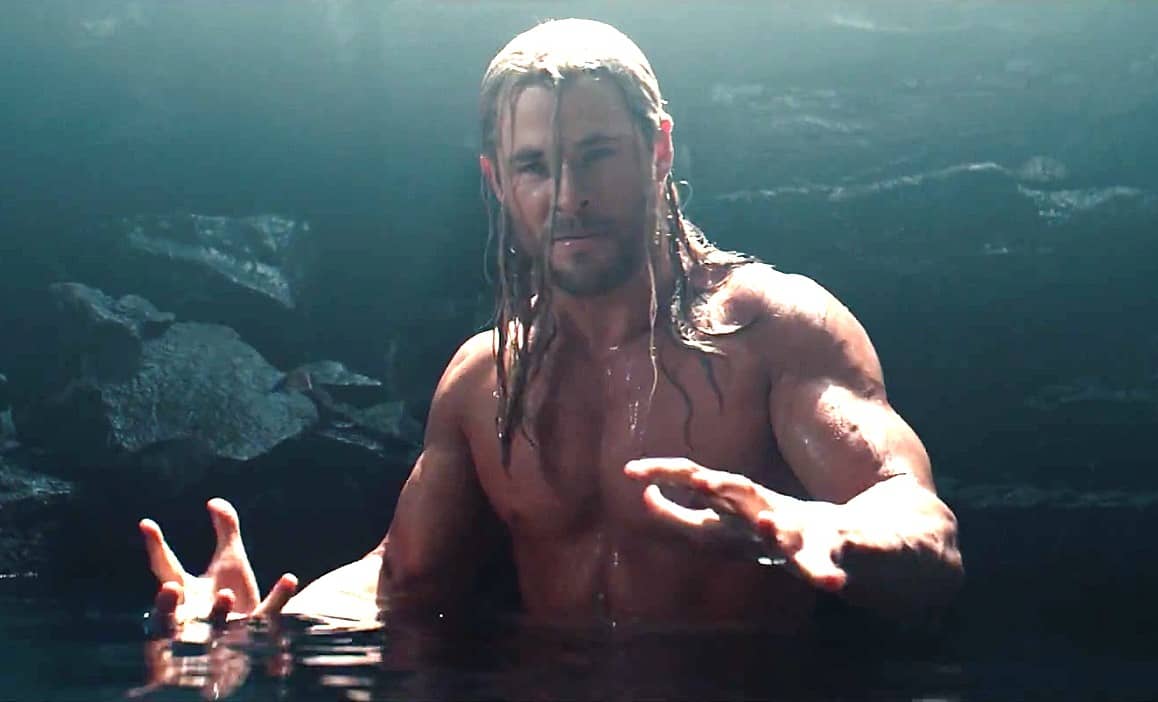 A dripping wet shirtless Chris Hemsworth is the highlight of a newly-released scene from the recent Avengers: Age of Ultron.

Dark Horizon notes that the scene brings context to a part of the film that was nearly “incoherent” in the final cut. In the scene, which appears on the Blu-Ray version of the film, Dr. Selvig (Stellan Skarsgard)seeks answers from Thor  in the Norn Cave, about how to defeat Ultron.

Director Joss Whedon previously indicated that notes from the studio led to the cave footage getting completely cut from the film, and then the editors became adamant at least some of the scenes were needed.

Hemsworth talked about the incredible challenges he had transforming his body from the hulked up Thor  to his role in Vacation:

“I’m not even sure which is my real body anymore. I feel like I’ve lived like an athlete these last few years because I’ve constantly had to bulk up for Thor, then lose it all again for something like this. Getting the weight off is the hardest part. We have to shoot the really skinny stuff where we drop down to 5, 6, 700 calories a day, a good three or four weeks and it’s going to be pretty uncomfortable, but we’ll be together in our misery. All the bad stuff pizzas, hamburgers, chocolate, ice cream… anything that is not on the menu you have an absolute obsession with. I spend more time thinking about food than anything else.”