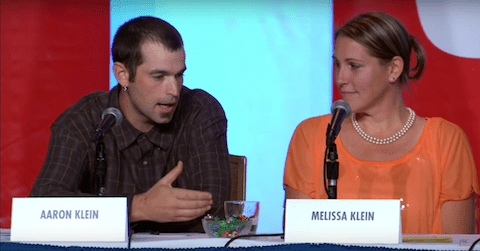 Oregon bakery Sweetcakes by Melissa are refusing to pay a $135,000 fine ordered by the Oregon Bureau of Labor and Industries (BOLI) after a lesbian couple pursued and won a discrimination case against the bakery for denying them services reports Willamette Week.

Business owners Aaron and Melissa Klein have refused to pay the fee for three months now with the Klein’s attorney requesting a stay with the Oregon Court of Appeals, arguing the fine would ruin the Kleins despite the fact that supporters of the bakery have donated nearly $500,000 to the couple.

BOLI Comissioner Brad Avakia denied the Klein’s attorney’s request and noted that the couple’s massive donations are currently held in escrow. The Kleins made national news after the couple denied lesbian couple Rachel and Laurel Bowman-Cryer a wedding cake despite Melissa Klein initially promising to bake a cake for the couple.

The Kleins were granted all-star status alongside fellow anti-gay martyr Kim Davis at the Values Voters Summit in Washington, D.C. this year. The Kleins were present when Kim Davis received Family Research Council’s Cost of Discipleship Award from FRC Action President Tony Perkins. Watch, while trying not to gag, as Davis receives an award for opposing a Supreme Court mandate, below: