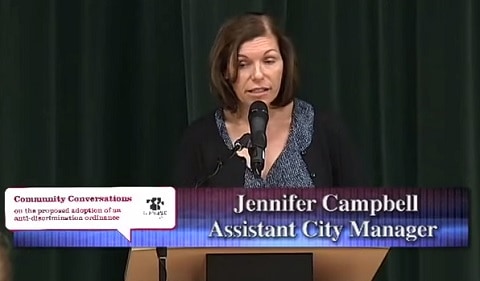 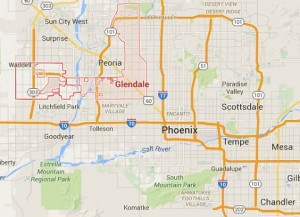 A Glendale, Arizona anti-discrimination ordinance proposed last year to protect LGBT residents and visitors in is proving to be a divisive issue, reports AZ Central.

The ordinance would outlaw discrimination in employment, housing and public accommodations based on a person’s age, gender, gender identity, sexual orientation, marital or family status, veteran status or disability.

Although support for the ordinance was expressed during four public meetings last summer, there was opposition from people fearing a loss of religious freedom.

Attendees at the meetings included 73 Glendale residents, nine local business owners and 12 city residents and local business owners. Thirty-five people were “interested parties” who do not live or own a business in the city. Seventy-six percent of those attending said they participate in a religious or spiritual community.

“My opinion is no. You do not set up an anti-discrimination law. I think what we have on the books already is sufficient. You’re just setting the Christian people up for lawsuits.”

“I worked at a company at Arrowhead Mall. I was told I would have to be ‘less gay’ to be promoted and it ended my career. I quit [and] now I work in Phoenix.”

“I don’t see a need because we don’t have that big of an issue. When you make more protected classes, it starts overriding your personal freedoms. How much will it spill into the churches?”

“An ordinance could force some Christian businesses to violate their conscience.”

“I feel if the city adopts this ordinance, it will continue this path the rest of the world is headed [on], which is without moral boundaries.”

A report issued by city consultant Karen Kurtz stated “in summary, there was no consensus among participants on whether Glendale needs an anti-discrimination ordinance.”

The report was due to be discussed by the council yesterday.

Despite a comment that “we don’t have that big of an issue” in Glendale, it remains legal in Arizona to fire someone based on sexual orientation.

Watch a clip of a June 2015 meeting on the ordinance below.

Previous Post: « Vatican Spokesman: Gay People ‘Are Our Sons and Daughters and Brothers and Sisters’ – WATCH
Next Post: Bill Clinton Explains the Unlikely Success of Donald Trump and Bernie Sanders So Far: WATCH »