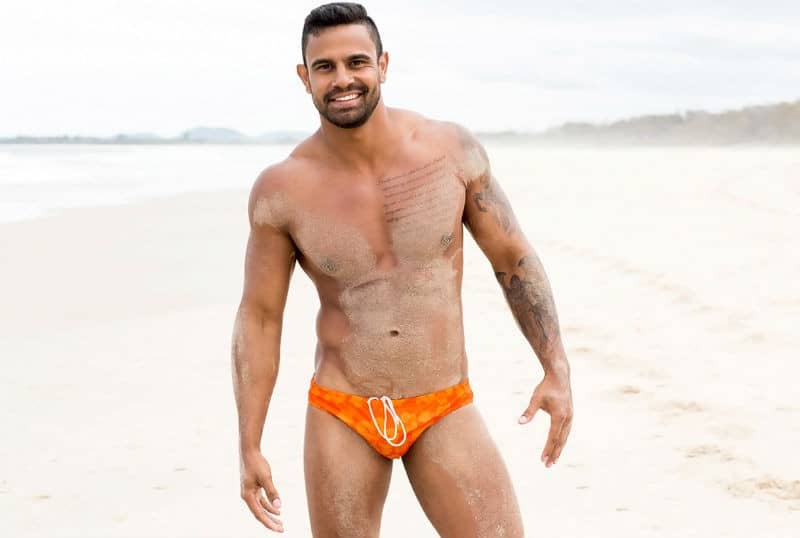 Casey Conway, a former National Rugby League (NRL) player for the Sydney Roosters, youth advocate, and fashion model, has come out as gay publicly in an interview with Australia’s Special Broadcasting Service (SBS). Conway tells the network that he was privately out to club officials during his time as a pro athlete, and came out to teammates after he left the Roosters.

But, he says, he was leading a “double life”, both hiding his sexual orientation from teammates and trying to navigate the club scene in Sydney, where he often found that his background as an indigenous Australian was an issue for some.

Says Conway: “I was out-and-about on the [gay] scene and meeting people. I was doing that undercover and it finally came to a point where I had to start accepting it. I wanted more than what I was having…There was a lot of casual racism. People would say things like, ‘You’re hot for an Aboriginal guy’ or ‘I’ve never been with a black guy’. I’d think, ‘You know that’s not a compliment?’.”

Conway, who was for a while the face of Aussiebum and is now the face of Sluggers, a swimwear brand, works as a youth development coordinator for a small non-profit in Queensland and says he sees the trouble LGBT youth face and wants to use his public profile as a platform:

“There are young people out there hearing comments like that and they’re questioning themselves. I know what it was like to be in the country and think, ‘Oh sh-t, I think I’m gay’. At that time there wasn’t really a big push in the media for equality. I’ve worked with kids who are homeless because they’ve been kicked out of home when they came out [as gay]. They’re suffering not only because they don’t have a home, but because of their mental health and a raft of other issues.”