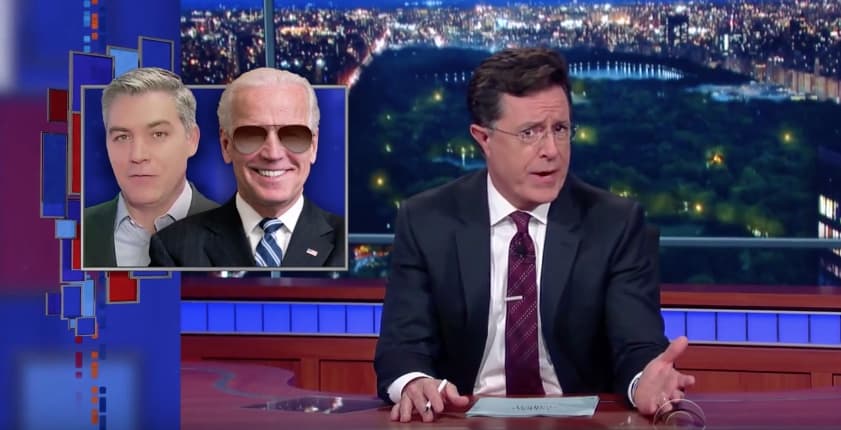 Acosta spelled out the scenario on CNN yesterday:

“Vice President Joe Biden, will he or won’t he? Will the Air Force Two suddenly start flying this way, start flying westward toward Las Vegas on Tuesday night, a dramatic landing at McCarren International Airport, the speeding motorcade over to the Wynn Hotel, Biden with the aviator glasses put on. I can see a situation where he pulls in in that yellow Corvette with the aviators on and just says, ‘let’s do this thing!’ It’ll be fun to watch. It’ll be fascinating political television if the Vice President decides to join in.”