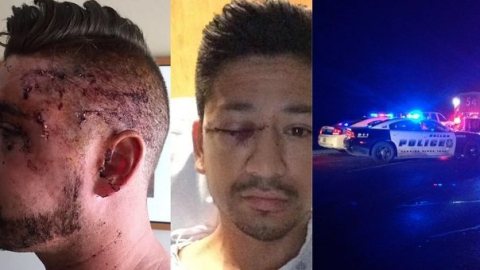 Last week we told you about a string of violent attacks targeting club-goers in Dallas’ gay entertainment district.

On Monday, police released descriptions of suspects in nine robberies and aggravated assaults that have occurred in September and October in the city’s Oak Lawn gayborhood.

Only one of the incidents has been classified as a hate crime, but the suspects appear to be preying on gay bar patrons walking alone at night. 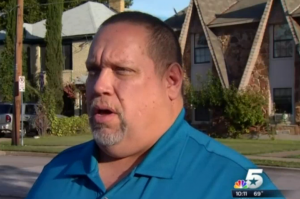 Two of the assaults were so severe, one man ended up in the hospital with a skull fracture after he was hit in the head with a baseball bat and another man landed in the hospital after the suspects stabbed him.

“It’s obvious these people are going in a particular neighborhood and targeting particular people in that neighborhood,” said Rafael McDonnell with the Resource Center for the LGBT community. …

“No one should think, just because we’ve got a suspect description out there, that it’s over. We need to continue to be vigilant until these people are caught, as well as after that.”

Aggravated robberies have long been a problem in the area. Criminals perceive gays to be easy targets, and with a shortage of parking, club-goers are forced to navigate poorly lit side streets. Often they’re intoxicated and carrying cash.

LGBT activists plan a march on Sunday in response to the attacks.

Here are the suspect descriptions from Dallas police:

Five of these offenses were reportedly committed by a group of two to four Hispanic males who knocked their victims to the ground and punched and kicked them while stealing their property.  In one offense, the suspects struck the victim with a baseball bat causing serious bodily injury. In another offense the victim was stabbed. A white Ford van was reportedly used during the commission of one of the offenses.

Two offenses were reportedly committed by a single Black male who pointed a gun at his victims and stole their property. He is described as being between 28 to 30 years old, 5’10” in height, and weighing 150 pounds. In one offense he was wearing a yellow shirt and blue jeans and in the second he was wearing a gray shirt and black pants. There is no suspect vehicle information for this individual.

Two offenses were reportedly committed by one to three Black males who knocked their victims to the ground and punched and kicked them while stealing their property. One suspect is described as being between 18 to 20 years old, 5’8” in height, and weighing 150 pounds. The other two suspects are both described as 6’0” in height, weighing 185 pounds. There is no suspect vehicle information.

If you have any information regarding the suspects involved in these offenses please contact the Dallas Police Department Robbery Unit at (214) 671-3584.