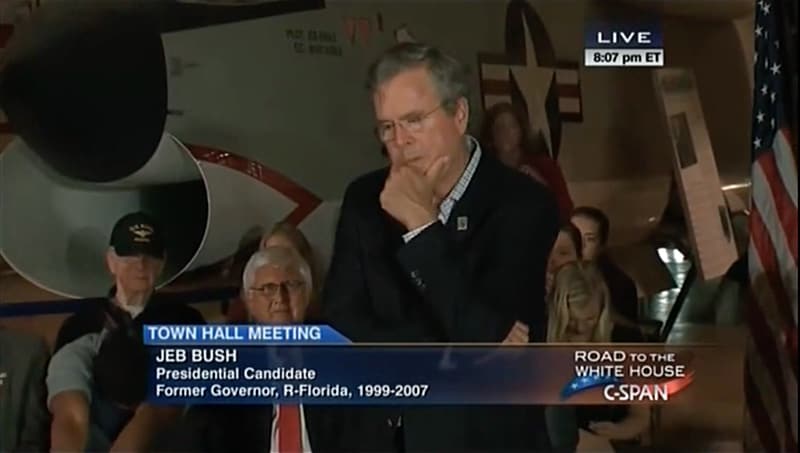 At a town hall at Concord, New Hampshire’s McAuliffe-Shepard Discovery Center (named for Christa McAuliffe, the teacher killed in the ’86 Challenger explosion and the first American in space Alan Shepard), Republican presidential candidate Jeb Bush told the crowd gathered that he’ll never forget the Space Shuttle Disaster…if he could only remember which one it was and when it took place.

In other news, Jeb has spent the week sparring with Donald Trump over 9/11.

How pathetic for @realdonaldtrump to criticize the president for 9/11. We were attacked & my brother kept us safe.

Which of course caused Trump to double down.