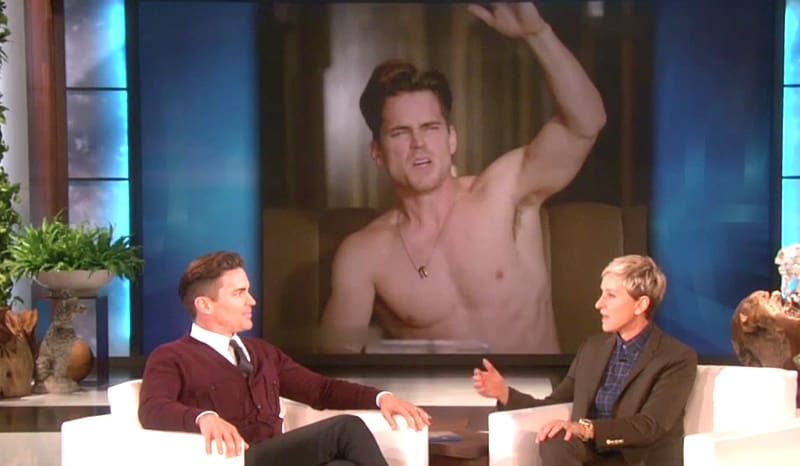 Matt Bomer and Lady Gaga got very, very nude together in the American Horror Story: Hotel premiere and spoke to Ellen about the scene, including the sock he wore over his junk:

“Typically there’s an elastic band and you can pull it nice and tight. It’s not like a real sock. You can go Red Hot Chilli Peppers poster if you want but it’s typically this bizarre flesh-colored thing. There’s not much left to the imagination. You have a pretty much understanding of somebody’s junk if they’re wearing that.”

Asked about what happened during takes, Bomer responded:

“We were also covered in blood so they just threw a plastic tarp over us.”