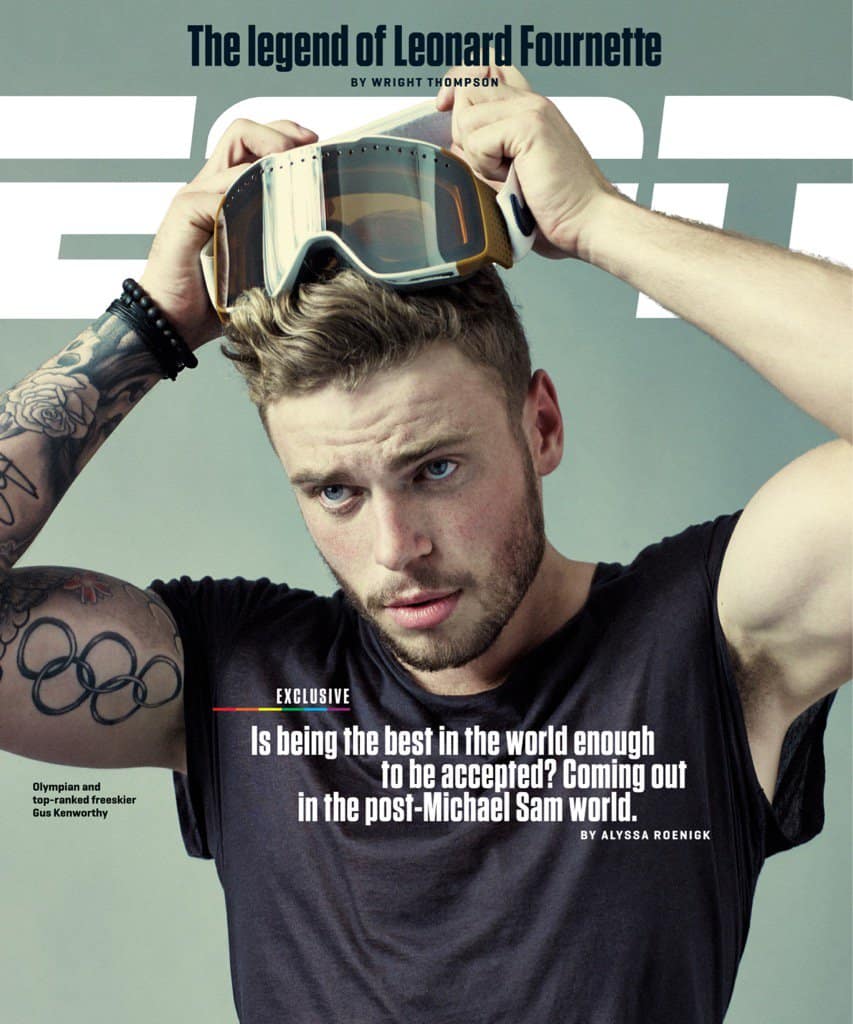 Olympic freeskier Gus Kenworthy has come out of the closet. Kenworthy, who won AFP World Championships overall titles in 2011, 2012, and 2013, won silver at the Olympics in Sochi, Russia and won his first medal, a bronze, at the X Games in Tignes, France in the slopestyle event, came out on social media and in an interview with ESPN:

Gus Kenworthy started coming out to his family and closest friends nearly two years ago. His mom said she knew. His brother said he was proud. His best friend  voiced unrelenting support. And if Gus Kenworthy were an average 24-year-old, the announcement — the story — might have ended there. But Gus Kenworthy is not an average 24-year-old. He is the top freeskier on the planet, an Olympic medalist, a face of the X Games. He is an elite athlete competing in the world of action sports, where sponsors — and income — are inextricably linked to image. In other words, he is an athlete with a lot to lose. But Gus Kenworthy is ready to tell that world, his sport, his truth. And so, as we sit down together in Los Angeles in September, he begins the only way he knows how: “I guess I should start by saying, ‘I’m gay.'”

Kenworthy tells the magazine that he’s known he is gay since the age of 5, he has contemplated suicide, and he made a promise to himself after the Sochi Games to tell the world the truth about himself — but only after he had become the best free skier in the world.

Kenworthy tells ESPN that he felt a tremendous amount of pressure to conform to the macho world of skiing, particularly with women:

“In skiing, there’s such an alpha male thing about pulling the hottest chicks,” Kenworthy says. “I know hooking up with hot girls doesn’t sound like the worst thing in the world. But I literally would sleep with a girl and then cry about it afterward. I’m like, ‘What am I doing?  I don’t know what I’m doing.'”

He says the dishonesty has often deeply affected his confidence in the sport:

“Part of [the stress] is the fact that I’ve never had a TV boyfriend,” he says. “That’s actually something I want so bad — a TV boyfriend.”

He says he sees the homophobia all around him:

Take, for instance, the former sponsor who made a crude anti-gay remark about why Kenworthy was once late to a competition. Take his physical therapist, who once told Kenworthy that he couldn’t even imagine talking to a gay guy all night. (“I thought, ‘You’ve talked to a gay guy for two hours a day, four days a week for seven months.’ “)

Take the constant drumbeat of living in a culture that uses the words “gay” and “fag” as commonly as “stoked.” A daily check of social media for Kenworthy means encountering posts written by friends or peers who, without knowing it, reveal what they think about his sexuality.

He’s nervous about how sponsors will react: “The industry isn’t the most embracing of someone who’s different.  I’m nervous about that.”

But at the same time: “I want to be the guy who comes out, wins s— and is like, I’m taking names.”

Read the full story at ESPN. Continue below for Kenworthy’s social media announcements.

Kenworthy also updated his social media accounts with the announcement, writing on Facebook: 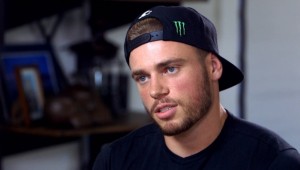 Wow, it feels good to write those words. For most of my life, I’ve been afraid to embrace that truth about myself. Recently though, I’ve gotten to the point where the pain of holding onto the lie is greater than the fear of letting go, and I’m very proud to finally be letting my guard down.

My sexuality has been something I’ve struggled to come to terms with. I’ve known I was gay since I was a kid but growing up in a town of 2,000 people, a class of 48 kids and then turning pro as an athlete when I was 16, it just wasn’t something I wanted to accept. I pushed my feelings away in the hopes that it was a passing phase but the thought of being found out kept me up at night. I constantly felt anxious, depressed and even suicidal.

Looking back, it’s crazy to see how far I’ve come. For so much of my life I’ve dreaded the day that people would find out I was gay. Now, I couldn’t be more excited to tell you all the truth. Maybe you’ve suspected that truth about me all along, or maybe it comes as a complete shock to you. Either way, it’s important for me to be open and honest with you all. Y’all have supported me through a lot of my highs and lows and I hope you’ll stay by my side as I make this transformation into the genuine me – the me that I’ve always really been.

I am so thankful to ESPN for giving me this opportunity and to Alyssa Roenigk for telling my story to the world. I think about the pain I put myself through by closeting myself for so much of my life and it breaks my heart. If only I knew then what I know now: that the people who love you, who really care about you, will be by your side no matter what; and, that those who aren’t accepting of you are not the people you want or need in your life anyway.

Part of the reason that I had such a difficult time as a kid was that I didn’t know anyone in my position and didn’t have someone to look up to, who’s footsteps I could follow in. I hope to be that person for a younger generation, to model honesty and transparency and to show people that there’s nothing cooler than being yourself and embracing the things that make you unique.

It’s been a very emotional morning for me. Seeing my cover for the first time, reading the beautiful words that Alyssa Roenigk wrote about me and watching my piece on Sports Center has me completely choked up. I’m blown away by the amount of support I’ve gotten and I just want to say thank you, again, to you all! Your positive words mean the world to me.

And to think I was nervous about what type of feedback I was gonna get after my story came out this morning. I am truly blown away by the amount of love and support that I’ve been receiving! Thank you all so much for your kind words, I’ve never felt happier to be me! Love y’all.

.@guskenworthy We are PROUD to say you are part of #TeamUSA! pic.twitter.com/RKD49HQtiW

The 24-year-old Kenworthy, who finished the 2014-15 season as the Association of Freeski Professionals overall champion for the fifth year in a row, told ESPN The Magazine — in an interview done in September but published Thursday — that he contemplated quitting the sport entirely because he was distraught.

He said he’s known since the age of 5 that he is gay, but he didn’t start coming out to family and friends until two years ago.