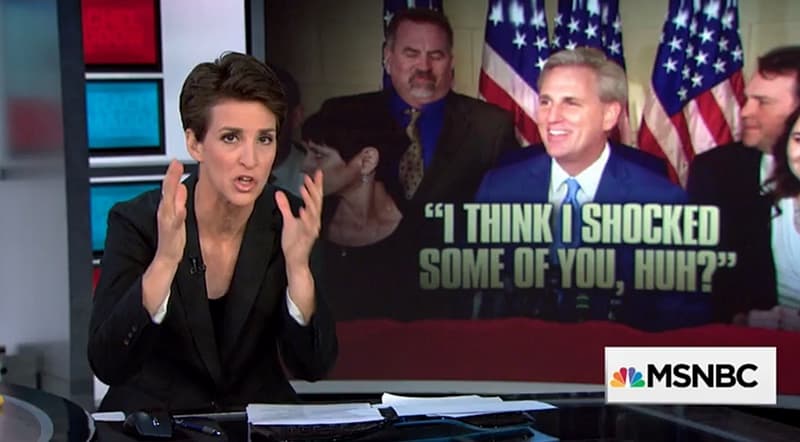 Rachel Maddow looks at the Republican ‘tidal wave of chaos’ happening on Capitol Hill over the race for House Speaker, tracing it back to Eric Cantor’s failed run, at which time John Boehner had to stay on.

Noting that “the weather changed” around Kevin McCarthy following his revelation that the Benghazi committee was created to bring down Hillary Clinton, Maddow takes apart yesterday’s events, in awe of just how McCarthy’s abandonment of his election went down.

“This was a foregone conclusion, the media were gathered around to hear the inevitable announcement…and then to the surprise of everyone, Republicans pulled the silverware drawer out of the kitchen cabinet and put it over their heads and shook it…it was just stunning and amazing.”

Previous Post: « Isle of Man Leader Comes Out, Launches Campaign for Same-Sex Marriage
Next Post: Matt Baume on How ‘All in the Family’ Brilliantly Brought Gay Marriage to TV: WATCH »