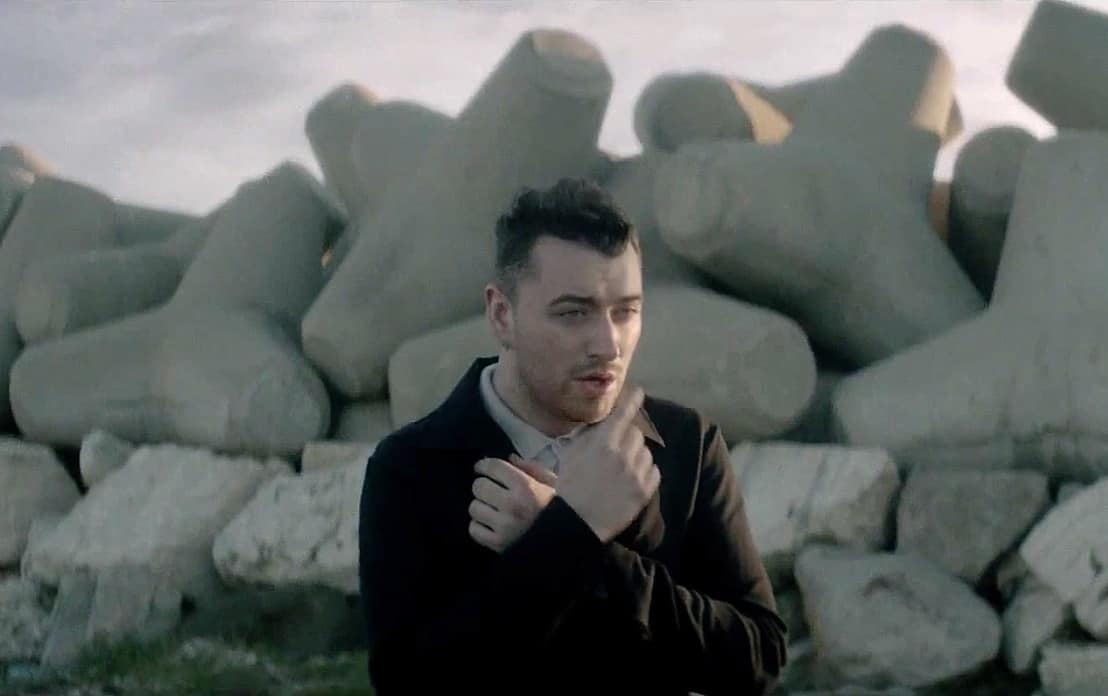 Sam Smith has released the full video for his 007 theme “Writing’s on the Wall”. The clips features Smith walking through a series of landscapes and is interspersed with shots from the new Daniel Craig Bond film for which it serves as anthem, Spectre.

The clip was released last night on the eve of James Bond Day, October 5. The first Bond film, Dr. No, had its premiere on this day in 1962.

On this day in 1962, the first James Bond film DR. NO had its world premiere. Happy Global James Bond Day! pic.twitter.com/hSUnXgcAHi

Smith’s tune has already made history in the UK by hitting #1, the Mail Online reports:

The Spectre track soared straight into the top spot with 70,000 combined sales and streams, finishing 13,000 ahead of closest competitor, Justin Bieber’s What Do You Mean?

Sam told Official Charts Company of his coup: ‘It was such an honour to be asked to write and record Writing’s On The Wall and it’s incredible that it’s become the first Number one Bond theme song.

‘It’s been an unforgettable experience working with Barbara (Broccoli) and Sam (Mendes) to become part of this British legacy.

‘I couldn’t have done this without my fans – this is a special moment I’ll never forget.’