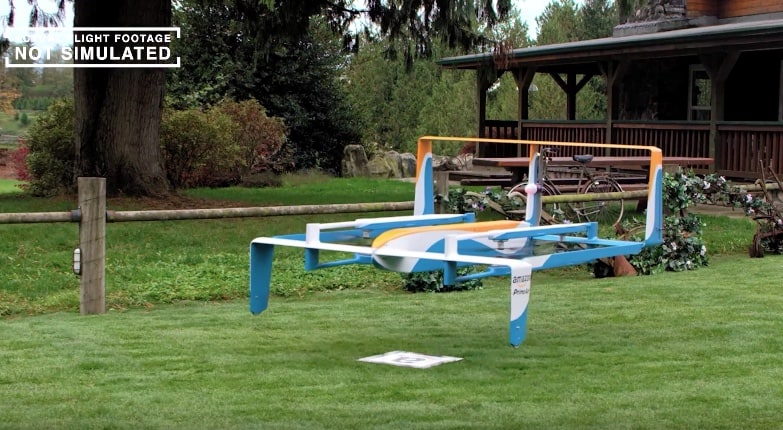 Two years ago, Amazon founder Jeff Bezos appeared on 60 Minutes to show off what he said would be the future of package delivery: a drone that would fly from Amazon headquarters to dump your goods off at the front door.

Today, the company unveiled the latest iteration of its idea, along with actual footage of the drone in flight, in a video narrated by Jeremy Clarkson. It has grown in size and can reportedly fly 55 mph for a distance of 15 miles.

“This design enables it to fly long distances efficiently and go straight up and down in a safe, agile way. It is one of many prototype vehicles we have developed,” an Amazon spokesperson told us. “One day, seeing Prime Air vehicles will be as normal as seeing mail trucks on the road.”

Previous Post: « Ben Carson: Hateful Rhetoric ‘on Both Sides’ of Abortion Issue Should Be Toned Down – WATCH
Next Post: Edie Windsor Reads Her Foreword from Roberta Kaplan’s Book ‘Then Comes Marriage’ – LISTEN »