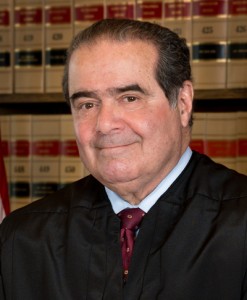 He also allowed that the First Amendment protects political and religious minorities but suggested that there was no principled way for courts to make further distinctions based on the text of the Constitution. “What about pederasts?” he asked. “What about child abusers?”

“This is a deserving minority,” he said sarcastically. “Nobody loves them.”

Scalia added that he discusses his dissents “with my law clerks much more than with my colleagues” and tries to “make them not only clear but interesting and even fun.”