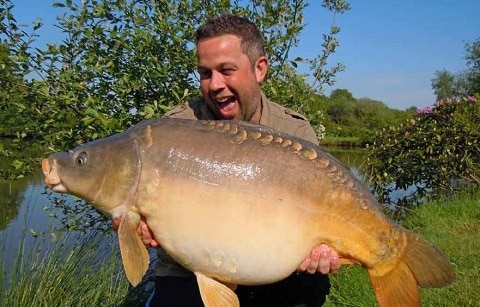 The I Protect Myself sexual health packs have been pinned to trees and fences near an area lagoon by The Brunswick Centre.

RELATED: Ice Fishing Might Be More Fun if it Was for Shirtless Men

However, the move has angered the Bradford No1 Angling Association. Committee member Steve Kelly is worried that some fishers are outraged at the tacky practice which has battered the area. “It’s one of the best places to fish around here,” he said, “but when there are threats of violence by those abusing the lagoon, it’s no wonder people are scared away.”

“We are just responding to what goes on there. The evidence suggests that whether or not we provide the packs, people are going to continue to use that particular location. Our priority is that people practice safe sex. We are working in partnership with the police and other agencies to address this issue, but, disappointingly, the angling club has not engaged with us.”

West Yorkshire Police Inspector Rachel Bairstow said that although it is not illegal for people to meet at the site for the halibut, “where behavior may constitute a criminal offence, all reports will always be treated seriously and dealt with sensitively.”

Previous Post: « VICE’s ‘Countdown to Zero’ Goes Inside the Search for an HIV Vaccine: WATCH
Next Post: The Moment Stan Lee Learned That His Character Iceman Is Gay: LISTEN »