You are here: Home / First Clip from ‘The Danish Girl’ Shows Trans Pioneer Lili Elbe Before Her Transition: WATCH 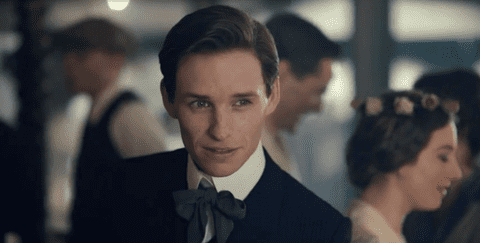 The first clip from The Danish Girl has just been released showing trans pioneer Lili Ebe before her transition.

In the video, Einar (Eddie Redmayne) and wife Gerda (Alicia Vikander) attend a costume party with a group of well-heeled bohemian artists. After a friend regales the couple with her sexual escapades, Einar and Gerda share how they met and fell in love. Gerda recalls that it was she who asked Einar out. Gerda also says of kissing Einar for the first time, “It was the strangest thing. It was like kissing myself.”

Watch the new clip from the upcoming film below.

The Danish Girl is directed by Tom Hooper (The King’s Speech, Les Misérables). It opens in select theaters on November 27.

Previous Post: « Human Rights Campaign Attacks ‘Horrific’ Anti-Transgender Wisconsin Legislation
Next Post: The Clip-On Man Bun is Back and These Men Are Trying It On – WATCH »