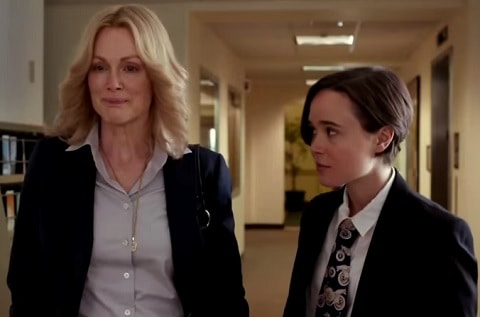 Oscar-nominated screenwriter Ron Nyswaner (right) – known for his work on Philadelphia, The Painted Veil, Ray Donovan and Homeland – has said that the Ellen Page project Freeheld was “de-gayed” by producers. 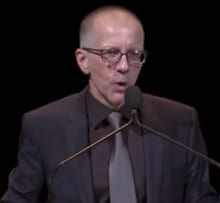 In Freeheld, Julianne Moore plays Laurel Hester, who fought to give her pension benefits to her domestic partner, played by Page.

Speaking at the Vanguard Awards benefiting the Los Angeles LGBT Center last weekend, Nyswaner referred to the film, but not by name:

“One of my recent gay-themed projects had a lot of potential. But the producers became fearful. The gay characters were idealized. Their edges were smoothed out. The conflict between them was softened. Over my vigorous objections, by the way, for the record.

“God forbid, someone might think we were making a movie about a couple of dykes. Out of fear, they were normalized. We must remember — and insist that others honor — our history and our very specific gay culture. We are the inheritors of a culture that was created from pain and invisibility. From being different.”

According to the Hollywood Reporter, he added that filmmakers “need to have the courage to insist that our gay characters are created within the fullness of their humanity with all their flaws, just like straight characters.”

He concluded by vowing he will “create art in which gay characters are not normalized, art that features LBGT characters who are fearless, powerful and scary motherf–kers.”

Watch Nyswaner’s speech, introduced by Frances McDormand, along with the official trailer for Freeheld: