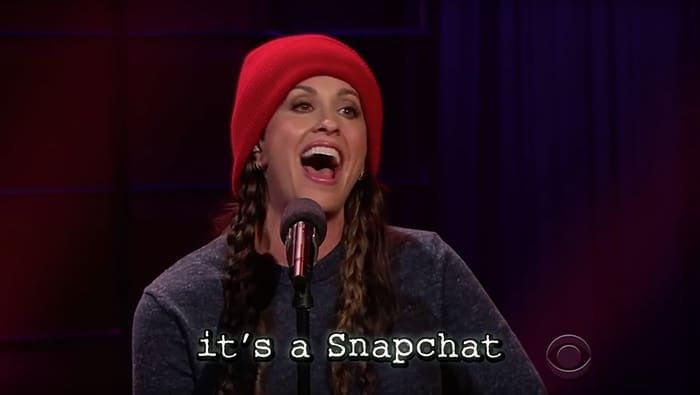 Alanis Morissette appeared on The Late Late Show on Monday night and she and James Corden took to the stage to perform an updated version of her 1995 classic “Ironic”, replacing the ’90s lyrics with things that are decidedly 2015 like Facebook requests, Waze, vanishing Snapchats, Uber, and even, like the first song, with a few things that aren’t ironic at all (noted), just bummers.