You are here: Home / John Oliver Rips the Paris Terrorists: ‘F–k These A**holes’ 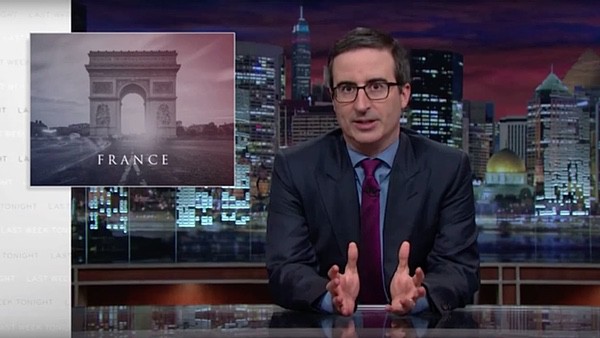 John Oliver opened Last Week Tonight with a few words about the Paris attacks, noting there is still a lot we do not know.

“But there are a few things we can say for certain, and this is when it actually helps to be on HBO where those things can be said without restraint.”

“First, as of now, we know this attack was carried out by gigantic f–king a**holes, unconscionable flaming a**holes; possibly working with other f–king a**holes, definitely working in service of an ideology of pure a**holery. Second, and this goes almost without saying, f–k these a**holes, f–k them — if I may say — sideways.”

Finally, he laid out the reasons why France will endure over any terrorism.