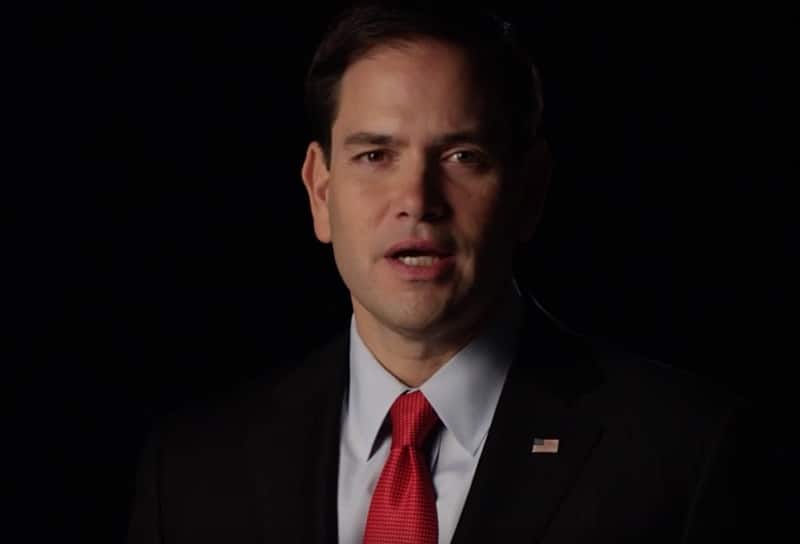 Says Rubio in the ad:

“This is a civilizational struggle between the values of freedom and liberty, and radical Islamic terror. What happened in Paris could happen here. There is no middle ground. These aren’t disgruntled or disempowered people. These are radical terrorists who want to kill us, because we let women drive, because we let girls go to school…There can be no arrangement or negotiation. Either they win or we do.”

Rubio is “inching up” in the polls, according to the latest Washington Post/ABC News poll, with 11 percent. Trump still leads with 32 percent, and Ben Carson follows with 22 percent.

A FOX News poll shows Rubio and Cruz moving up to 14 percent each.

This week Rubio said that the U.S. should not only close down mosques, but any place where terrorists are inspired:

He also spoke of “humiliating ISIS” with high-profile coalition attacks:

“I believe we need to subject ISIS to high profile humiliating defeat, meaning Special Operations attacks that are filmed, basically, so we can show the world that these are not invincible people.”