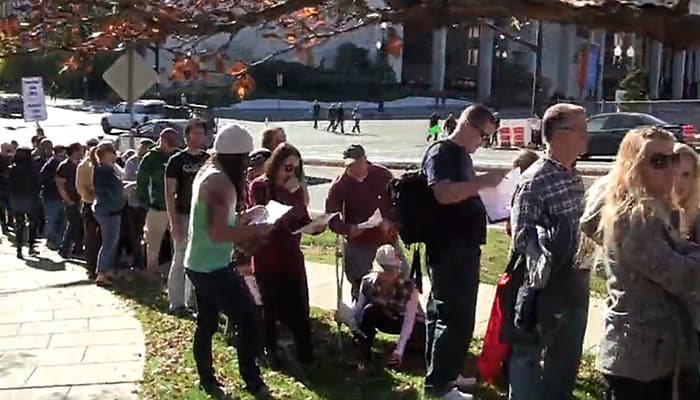 Hundreds of Mormons took part in a rally at Salt Lake City’s City Creek Park on Saturday and resigned from the Church of Jesus Christ of Latter Day Saints in disagreement with the church’s policies regarding gay people. 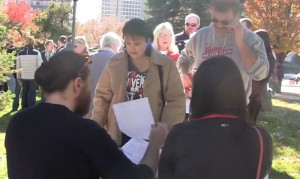 The Salt Lake Tribune reports that the turnout was larger than expected and overwhelmed organizers:

At one of several tables, attorney Mark Naugle helped Mormons expedite their paperwork to resign their memberships in The Church of Jesus Christ of Latter-day Saints. Their forms were then dropped into a file box, which was rapidly filling 90 minutes after the event began, for mailing to nearby LDS Church headquarters to have those members’ names removed from the faith’s rolls.

At its peak, the line to drop off resignation papers snaked through the park along State Street, turned east along 2nd Avenue, then curved slightly north along Canyon Road.

This week the LDS Church clarified rules in its handbook regarding children of same-sex parents after news of the rules sparked an uproar and inspired the mass resignation that took place Saturday and is still ongoing.

On Friday, LDS Church leaders sought to quell the uproar by clarifying the rules, though the clarification is unlikely to satisfy most who are angry about them.

Watch a video report from the Salt Lake Tribune: