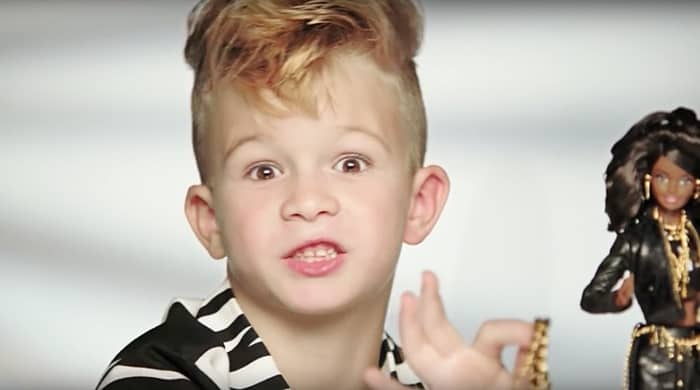 A new ad for Mattel’s hottest new limited edition Barbie is sure to fire up conservatives who don’t want companies screwing with traditional gender roles. It features a young boy.

“Moschino Barbie is so fierce!”, the boy declares, accessorizing the doll with a purse.

The boy is a doppelgänger for Moschino creative director Jeremy Scott who said Moschino Barbie sold out in less than an hour.

Said Scott of the doll: “I wanted to bring all of the Moschino elements to Barbie, as I had done the reverse by bringing all of the Barbie elements to Moschino for the spring 2015 collection. The thing I love most about Barbie is that she is the ultimate muse, she’s worn every style and design imaginable and at the same time she’s had every possible profession you can dream of.”