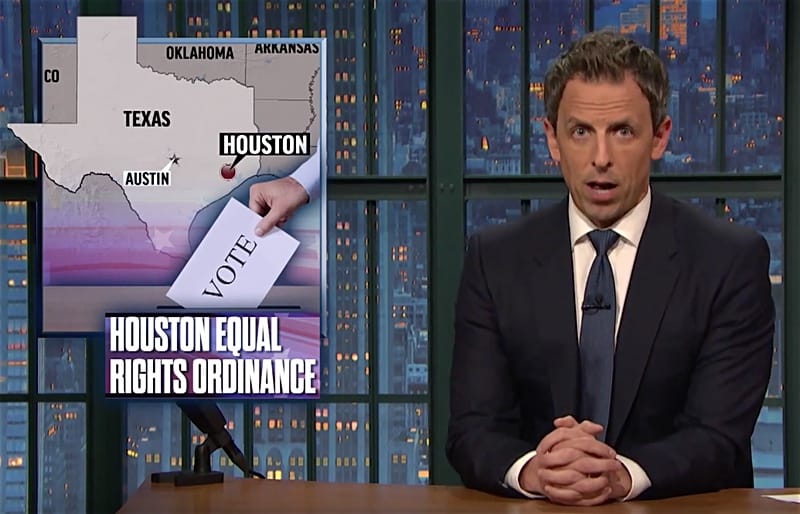 Seth Meyers delivered a great segment on the defeat of Houston’s Equal Rights Ordinance (HERO) on Tuesday and the blatant lies and fear-mongering used by conservatives to defeat it.

“So what did the law do? It prohibited discrimination in workplaces, housing and public accommodations, such as bathrooms, on the basis of 15 different characteristics, including race, age, and sexual orientation. But it was gender identity that opponents had a problem with…Opponents of the law claimed falsely that the bill would allow anyone of any gender to walk into any bathroom they wanted. The idea is known as the ‘bathroom myth’ and the anti-HERO ads focused heavily on it.”

Meyers then called Mike Huckabee, Houston pastor David Welch, and FOX News’ Steve Doocy out on their idiocy, but warned that the American people can still be fooled by it:

“At the end of the day, campaigns like the one in Houston are powerful reminders that for LGBTQ people, there’s still a lot more work to be done to& fight against both discrimination and terrible cartoons.”