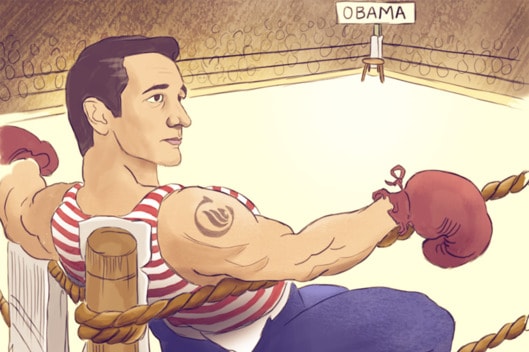 The other day we told you how GOP presidential candidate Ted Cruz challenged President Barack Obama to a debate on Syrian refugees, telling the commander-in-chief to “insult me to my face.”

Since then, Cruz’s campaign has run wild with the ridiculous, schoolyard taunt, even launching a petition featuring the above cartoon depicting Cruz as some sort of beefcake boxer.

New York Magazine declared in a headline that, “Ted Cruz is pretty hot as a cartoon,” adding, “it’s possible that no presidential candidate has ever revealed their distorted self-image as vividly as Ted Cruz just did in this cartoon.” NYM called the depiction of Cruz “a cross between Popeye and Prince Eric from The Little Mermaid with a gnarly tattoo [of his campaign logo] on his rippling right deltoid.”

LGBT activist Karl Frisch wrote on Twitter that the cartoon is reminiscent of the work of legendary gay artist Tom of Finland:

Unfortunately for Cruz, this is probably a more accurate depiction of his true physique: 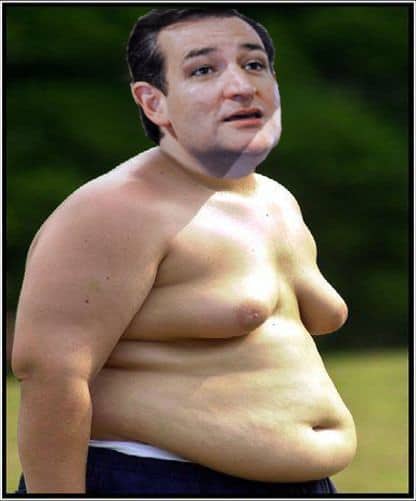