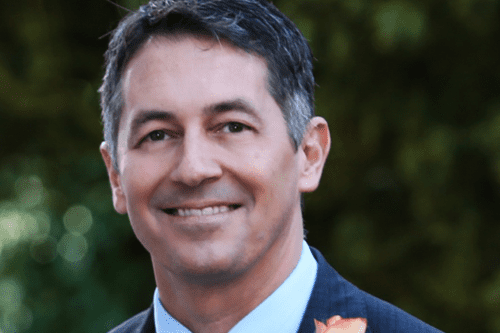 The Vatican on Tuesday had a private meeting with Randy Berry, the U.S. State Department’s U.S. Special Envoy for the Human Rights of LGBTI persons. Berry was appointed to the new position in February.

He met with Vatican officials from the Holy See’s Secretary of State office in a first-of-its-kind meeting, TIME reports:

The moment, simple as it was, marked a new level of U.S. engagement with the Catholic Church on LGBT human rights issues. Berry told TIME he met with officials for about an hour, and he met separately with representatives from the Pontifical Council for Justice and Peace. For both sides, the conversations were new.

Marriage issues, which are most often focused on when it comes to the LGBT community and the Catholic Church, were not discussed:

Berry’s focus however is not on marriage, but on the twin foreign policy issues of violence and discrimination. That strategy, Berry hopes, allows for common ground with the Vatican to stand together against extreme violence. “We were not there to talk about issues of civil unions or same sex marriage, for example, because that is not part of our policy,” Berry says. “That is not part of the conversation we were interested in engaging in, nor do I think were they.”

Berry is on a three-week trip to eastern Europe. The Pope plans a trip to Uganda at the end of November, where homosexuality is criminalized.

The fact that the meeting even happened is revealing. It is a sign that the Obama administration sees future opportunity to work with the Vatican after the Pope’s September visit, with the possibility to build on the partnership they have strengthened on climate change and migration. It is also a sign that Vatican diplomatic efforts are willing to take certain amount of risk by talking with the U.S. on this issue, as any LGBT issues thrusts the Church into an often conflicted spotlight.

That would be an understatement given the drama that erupted during Pope Francis’ trip to D.C., when he was blindsided by a meeting with Rowan County, Kentucky Clerk Kim Davis.