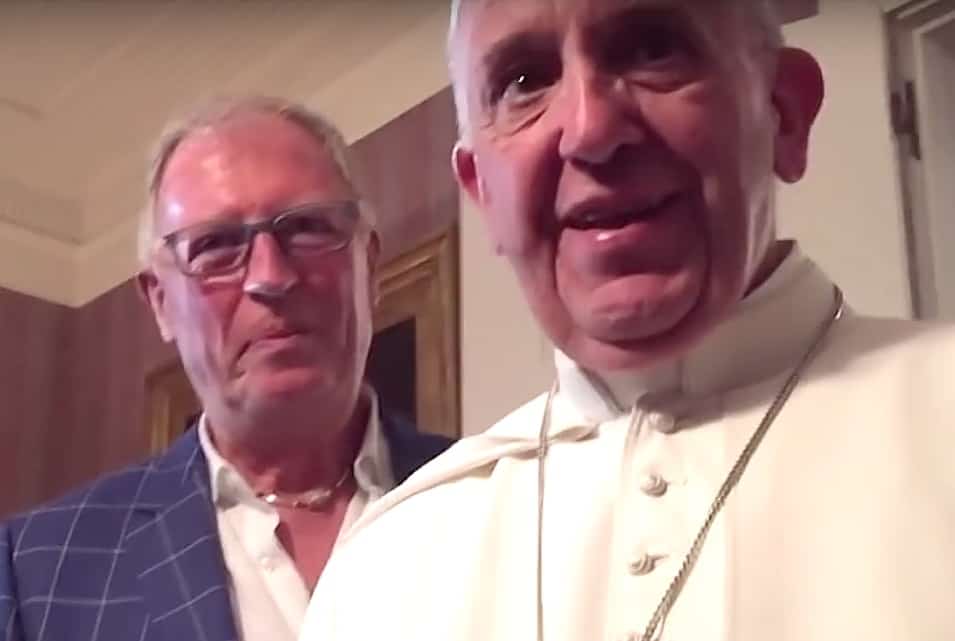 Yayo Grassi, the gay former student of Pope Francis, who, along with several friends and his partner of 19 year, had a private meeting with the Pontiff during his U.S. visit, tells Dan Zak at the Washington Post that he decided to speak out about it after the Kim Davis story blew up because he knew there were some shenanigans going on:

“Although I didn’t know any details, I knew immediately that [Pope Francis] had nothing to do with [the Kim Davis meeting], that this was arranged by other people without telling him the real character [of Davis]. I received from friends of mine a lot of quite disturbing mail, telling me that ‘This is your pope, look what he did, and he’s a coward,’ and my defense is ‘We don’t know anything. Just wait until things come out.’ And I’m extremely pleased that I was right. And I never had any doubt that I was right.”

Folks inside the Vatican think the Pope was blindsided too, according to a CBS Chicago report.

News of the meeting with Grassi broke as the Vatican struggled to contain a narrative surrounding its meeting with Rowan County, Kentucky Clerk Kim Davis.

Earlier on Friday, the Vatican released a statement regarding the meeting with Davis, denying that it was private or that it was “a form of support of her position in all of its particular and complex aspects.”

Davis’s lawyers at the Liberty Counsel countered by saying the Vatican’s statement was a lie, and presented its own narrative (which you can read HERE). They also released a set of photos of Kim Davis and her husband allegedly sitting in a Vatican embassy waiting room.