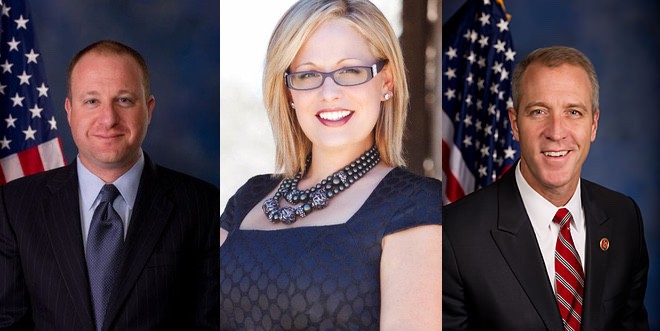 The Victory Fund says it will not drop support for Reps. Jared Polis (D-CO), Kyrsten Sinema (D-AZ), and  Sean Patrick Maloney (D-NY) following outrage over their votes to constrict the flow of  Syrian and Iraqi refugees via background checks the White House has called “untenable”.

47 Democrats supported the bill, which passed in the House with a veto-proof majority.

Activists were in an uproar Friday, most notably SiriusXM radio host Michelangelo Signorile, who let them have it:

Totally shameful and Victory Fund & Institute should dump them just as it doesn’t accept anti-choice, racist candidates even if they’re LGBT. Equality should be litmus test of anyone in “LGBT Equality Caucus” in Congress. And realize that these individuals voted against desperate LGBT Syrian refugees — there was hope 500 of the refugee spaces would be set aside for them. Congresswoman Kyrsten Sinema is the worst: She was actually an attorney for an Iraqi refugee in ’07, arguing that his vetting was taking too long, over 2 years, discriminated against based on his nationality. Now she votes this way. She’s a total fraud. We don’t need these people folks. Let’s get pro-LGBT, real progressives (on all the issues), gay or straight, in office. 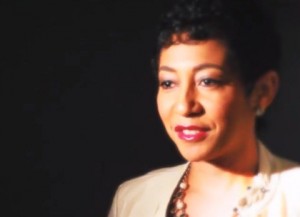 Victory Fund CEO Aisha Moodie-Mills responded to anger about the votes in remarks to the Washington Blade:

“I don’t have an opinion about…who’s doing what, where about Syria,” Moodie-Mills said. “Because Syria, I tell you, is certainly not my policy expertise, and it is the furthest thing from Victory Institute’s expertise.”

Moodie-Mills said the Victory Fund continues to have three criteria for endorsing candidates: They must be viable, pro-choice and in favor of LGBT rights.

“That’s about as deep in the weeds on any policy ideas or legislative maneuvers that we get,” she added. “Other organizations are dealing with issues and issue advocacy, but that’s not the role that we play. And for our candidates and for our elected officials, we surely don’t get involved in the devil of the details of how they legislate and what they vote for and what they support.”

.@AishaMoodMills thought you would bring change to org, sadly mistaken. Do it. Just being LGBT no longer enough in 2015 @VictoryFund

To my progressive friends: boy, have I heard you on this Syrian refugee vote. I clearly failed to see how much symbolic weight so many of you put on this. I own that. (Note that nearly 50 Dems and many liberals voted this way.) I was angry with the White House for not simply standing behind its already extensive screening process by saying sure, we’ll do an instant agency-head certification at the end. It seemed like classic bureaucratic push back, which will hand the conservatives more ammunition to do real harm. I saw this as a workable firewall to protect the process without harming a single refugee. Indeed, I thought it would actually provide cover for the President to increase (as we must) our acceptance of those who need and deserve refuge here. But I see now that many of you thought this was a conscience vote and, in those terms, I see why you felt let down.

Polis wrote on Facebook Saturday that he’s continuing to push for more Syrian refugees to be accepted. When questioned by commenters about his vote, Polis tried to clarify: “Yes that is the bill for better vetting. I support allowing more Syrian refugees in and support improving our already strong vetting process”

Previous Post: « Alan Turing Emerges as Icon to Gays and Geeks in Andrew Hodges’ Biography ‘Alan Turing: The Enigma’ – LISTEN
Next Post: Watch All the Performances from the AMAs and See Who Won: VIDEOS, LIST »