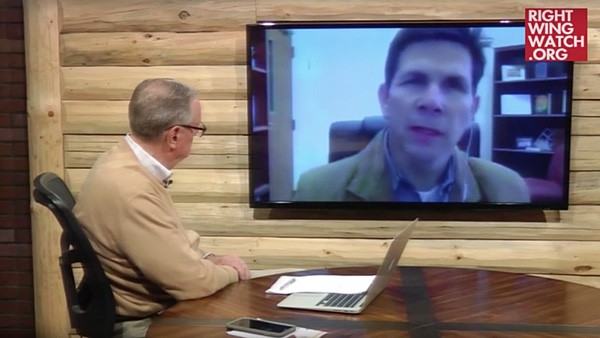 According to McFarland it’s because God is angry at America for gay marriage and abortion, Right Wing Watch reports:

“People are saying, ‘Why didn’t God prevent this?'” McFarland stated, “Look, we’ve for 45 years told God to leave us alone. Fifty-seven to sixty million babies aborted, now our Supreme Court has deviated from natural law to case law and we’ve redefined marriage … God forgive us for the murder of the unborn, God forgive us for kicking prayer out of public schools, God forgive us for making sodomy mainstream and redefining marriage.”

“The greatest sin of all is abortion in our nation,” he continued, “and the judgment of God only escalate until we turn to the Lord.”

Previous Post: « Nyle DiMarco Named ‘America’s Next Top Model’ Winner: VIDEO
Next Post: Chris Hemsworth Talks About That Time He Got Hit on in Prison: WATCH »