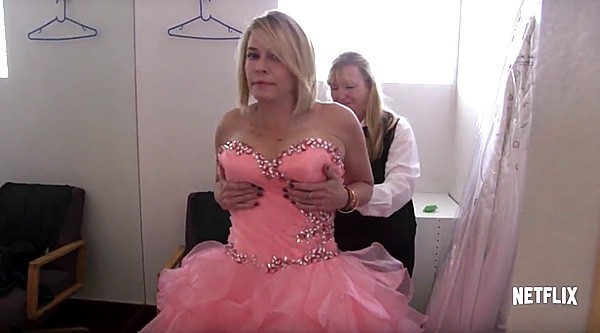 Chelsea Handler‘s four-part documentary series Chelsea Does is coming to Netflix in January and the first trailer shows a bit of what we can expect from the former talk show host’s foray into topics of her interest.

The former Chelsea Lately host will explore marriage, racism, Silicon Valley, and drugs in the series, and does so by heading into the field to speak with school children, smoke pot with Willie Nelson, meet with the Anti-Defamation League, visits Ashley Madison headquarters, talks to a robot, and goes to Israel, among other things.

“I think it is so important to be able to make fun of stereotypes,” she says, adding, “my whole reason for doing a documentary is that I’m questioning things that I never did before…I want to live in a place where a person of every color is able to hit on me.”