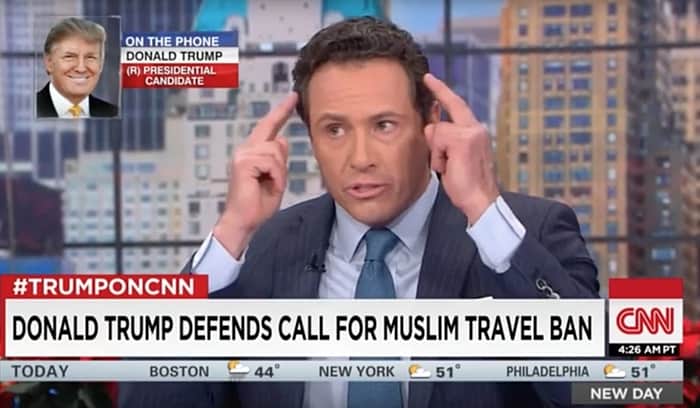 Donald Trump called in to CNN’s New Day to defend his proposal to ban all Muslim entry into the United States.

Says Cuomo, referencing the reaction of Paris to its own terror attacks:

“It seems as though you’re acting out of fear and rejecting what America’s all about.” 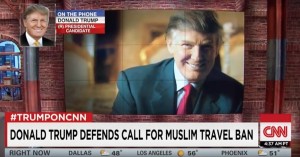 Replies Trump: “I’m making us look strong Chris, and don’t tell me about Paris! Paris is under siege. They are absolutely in fear. Of course they have fear. I’m talking about a temporary situation until our country’s representatives can figure it out….You’re going to have many many more World Trade Centers unless you stop it.”

Argues Cuomo: “I dont understand how you can see banning an entire religion as a way of saying anything other than we are what ISIS says we are. We want a war against Islam. That’s who America is and as you know or should know that’s not what America is, Mr. Trump.”