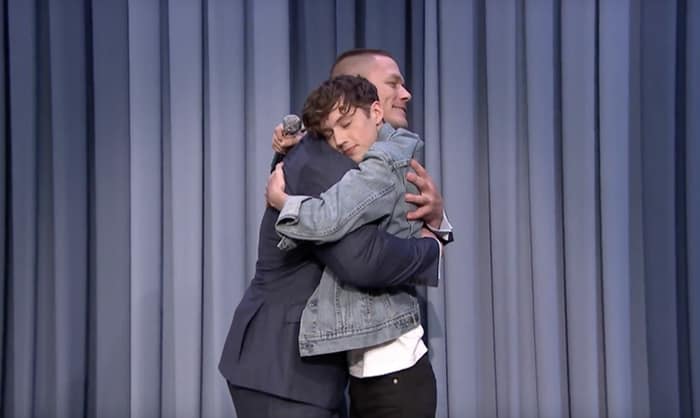 Troye Sivan made his debut on The Tonight Show with Jimmy Fallon, performing “Youth” from his new album Blue Neighbourhood.

He was then destroyed by John Cena, who said Sivan was his inner child and he needed to be killed so that Cena could become a man again.